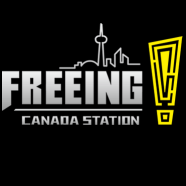 Posted by escapegamesreview on June 30, 2015 in North | Leave a comment

Freeing Canada is located in Richmond Hill between Major Mackenzie and 16th Ave, on top of a T&T Supermarket.  It was our final room before the new room comes up.  This time we were greeted by Gamesmasters Nickson and Yitung who were sitting in on a Sunday afternoon shift.  We came in with EGR’s Team Mardi to try one of their harder rooms the Black Swan.

The Black Swan is nicely decorated, it had the hardwood floors and large mirrors that you would expect to see in a dance studio.  I think the only thing somewhat out of place was a ‘musical instrument’ but otherwise they did a great job on the set design.  No props felt cheap and they sold the story.  My only urk was that they maybe need better soundproofing, while we were playing we could hear the next room playing (what i guess was) the Unmask, due to the screaming.

Black Swan had the least amount of tech of all their rooms, which isn’t always a bad thing.  In general we try to look for inventive puzzles and in this case they did have one creative puzzle that makes use of the surroundings and the theme.  Of the tech we saw there were no malfunctions and no safety issues.

Intuitive (aka Frustration Level):  Was it solvable? or Did you have to be inside the creators mind to solve it?
Score:  4.0 of 5.0

So for the sakes of transparency the puzzles weren’t bad, but not all the time clear.  You could always chalk up a room to being a diffcult one but we felt at times there wasn’t enough direction or there was too much information.  We completely missed the hint for the final puzzle and just brute forced the puzzle.  We found out later how to actually solve it an was impressed by its implementation, but we didn’t know what we were supposed to be looking for.

The hint system uses the doorbell system where the gamemasters come into the room to give you hints, which we had no issues with.

Gamemasters Nickson and Yitung were great to talk to (who seem like escape enthusiasts themselves).  Gamemaster Ada actually called us after to follow up on our visit and get our feedback.

The price is $28 / person but they are offering a 25% discount if you LIKE them on facebook (until August).

Overall:  As we keep returning to Freeing we’re consistently seeing great themes and great service.  I wouldn’t rank Black Swan among our favourites, but that shouldn’t stop you from checking out their other themes.  With that being said we look forward to their new rooms.