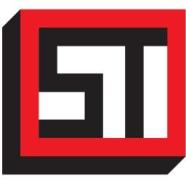 Lost City – Castle in the Sky

Posted by escapegamesreview on September 4, 2015 in London | Leave a comment

Lost City is located in the northern part of London Ontario, in a residential plaza.  It was our first escape in London and also our worst.  A few weeks back we tried to book “Another Dimension” but we got a call 2 hours before our start time that the room wasn’t available (because some other escapers broke a component in the room).

They immediately put us in “Castle in the Sky” because we had two people.  When we got to the door we realized our there was an electronic keypad, so we needed to solve it before entering.  After solving it we went to the front desk and because we were early they decided to put us in an earlier timeslot.  As we were waiting for the room a family of four was about to go into “Another Dimension” (but didn’t get the same phone call we did).  The gamemaster (GM) explained the issues, and offered another room.  When they declined, they GM offered ‘the broken’ Another Dimension, telling them that they would miss out on 25% of the room.  The family accepted, but we were a bit disappointed they would push for this.  But enough about that.. now onto the problems with “Castle in the Sky”

Here’s how Castle in the Sky looked:

1) A small office space, with a small table on one side and small keyboard with markings on the notes
2) Wallpaper that had a blue sky with clouds and weather balloons
3) No other lightsource but a red light in the corner.
4) lockboxes all over the room

It didn’t have a Castle or Sky theme.  After doing some research I believe the intent was to borrow from Laputa: Castle in the Sky, but it completely misses that too.

Bells and Whistles: Was it just lockboxes throughout the Room?
Score:  1.0 of 5.0

There was one interesting puzzle that used a ‘peg-in-hole’ concept, but otherwise, it was a lockbox nightmare.  A major issue was an audio hint that was coming from a pair of ear-bud headphones.  You could crank up the music (and barely hear it) or put it in your ear (and be swapping ear wax from previous players).

There also was a safety issue, that the only door to the room was magnetically locked, with NO RELEASE.  In a locked door case there would be an emergency key, but even if you wanted to just leave the room you’d be at the mercy of the walkie talkie (which we’ll have more on that in a bit).

Intuitive (aka Frustration Level):  Did you have to be in the designers mind to escape?
Score:  1.0 of 5.0 *SPOILER ALERT*

With the majority of the puzzles it was easy enough to figure out, however there were sticky locks (lcoks that wouldn’t open) and some locks that weren’t locked at all.  My wife who is pro with origami couldn’t figure out with the directions how to fold the origami in the room.  We asked the GM to show us with the instructions given and he told us he didn’t know how to fold it.  Luckily we didn’t need to solve it because… that was one of the boxes that wasn’t locked in the first place (the reset issue mentioned above).

On the music puzzle (which was the second last puzzle) we had to decide to put or not put on the headphones (mentioned in the Bells and Whistles) and also we had to figure out the puzzle.  Frustrated, we decided to ask for another hint.  When the GM came in the room, we asked him if we had the appropriate scale (because we didn’t have any musicians with us).  The GM later admitted that he didn’t know how to play the piano, so he couldn’t give us any hints.

When he gave us the number for the box (5 minutes later) the lock wouldn’t open.  We tried to call the GM several times to confirm the number with no response from the other end.  Fed up, we tried to open the door to call them in only to realize we were stuck in the room completely (a magnetic lock with no release).  Eventually we found out the combination lock itself was sticky and required a good hit or two before it popped open.

The staff was friendly face-to-face, and even apologetic on the phone when they couldn’t offer Another Dimension.  We were a bit disappointed though that the GM’s didn’t seem knowledgeable of their own puzzles and that they pushed a ‘broken game’ to that family of four.

The price was $25 / person and definitely NOT worth the experience.

Overall:  Lost City was one of the most frustrating experiences we’ve had in a long time.  Every venue has great potential, but Lost City has a long way to go before they get there.