Home » Downtown Toronto » A Night at the Speakeasy – by Cara 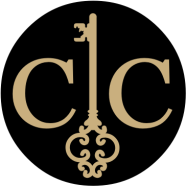 A Night at the Speakeasy – by Cara

Posted by escapegamesreview on September 28, 2015 in Downtown Toronto | 1 Comment

We are happy to present a review for “A Night at the Speakeasy” written by one of our readers, Cara.

Cara is an expert escaper with some of Toronto’s best rooms under her belt.  She has taken the time to review the event and she even used our format!

So here it is.

“A Night at the Speakeasy” by Canadian Caper was our first large scale escape and our first with a significant theatrical element.  After avoiding the Escape from the Bank after reading reviews of large scale escapes in other cities, I was skeptical when I came across the Speakeasy on the EGR website.  But after seeing that it was being organized by Mike (from EGR) and Manda and Errol from Escape Room Addict, I quickly had high expectations.

I went with five friends who had varying levels of experience with “traditional” escape rooms.  As we walked up we saw many people on the street in 1920s costumes – with that, the mood and theme were set.  We were greeted by a couple of the organizers who were focused on organizing the crowd into teams.  While they didn’t have much time to chat with us, they were incredibly accommodating about a scheduling mix-up.  Fortunately, they were able to take us in even though I had bought tickets for the wrong time (my bad!).

In the end, we had a great time and my very high expectations were met.  We were the first of approximately 16 teams to finish.

As a live theatrical experience, immersion was the name of the game.  The space and live music were perfectly suited to a speakeasy.  One large prop felt a bit out of place, but otherwise all props, furniture and actors felt like they belonged.

The two lines of puzzles were well-integrated with the theme and one was inventive – through the interactive theatrics.  The other line of puzzles, while thematic, felt more disposable.  Nonetheless, we thoroughly enjoyed the puzzles and the experience.

It seemed as though our team was moving through the puzzles more quickly than expected as we caught some of the actors unprepared.  I’m sure that this is the price of having a one-day only escape where there is less opportunity to work out those kinks.

Set Design/Theming – 2.5 (out of 2.5) – Everything was integrated into the theme and the actors did a great job of remaining in character (or getting into character) and supporting the theme.

Effort / Polish – 2.0 (out of 2.5) – I have to separate the props and décor from the puzzles.  The décor and props were great and integrated.  The puzzles were great, but they could be more refined to feel more permanent.

Bells and Whistles: Was it just lockboxes throughout the Room?
Score: 4.5 of 5.0

As a pop-up escape experience and a speakeasy theme, I wouldn’t expect any tech.  Instead, it was fun puzzles that required you to interact with the actors to advance.  Most of the puzzles were well-integrated with the theme, though two of them were not as well-integrated as they could have been.

Technical/Safety Issues – 2.5 (out of 2.5) There were no safety or technical issues, though some people in my group would have been happier had it been a little less safe by serving alcohol at this speakeasy.

Intuitive (aka Frustration Level):  Was it solvable? or Did you have to be inside the creators mind to solve it?
Score:  4.5 of 5.0

As a one-time event, they did a great job with their puzzles.  They were not overly difficult or simple.  I particularly enjoyed the integrated nature of hints where the actors, in character, would conversationally give hints.  My only real complaint is that this hint system caused us to get hints that we did not need as we were making good progress.

Logical Leaps – 2.0 (out of 2.0) – Straightforward, no problems solving the puzzles.

Hint System – .5 (out of 1.0) – I appreciated the immersive hint system, which is rare in escape rooms.

Staff Support/Price : Were they friendly? Were they helpful? What was the Damage?
Score: 5.0 of 5.0

Staff – 2.5 (out of 2.5) – They were great.  We were thrilled to get in after the ticketing mix-up.  We had lots of good conversation with the actors after we escaped.

Price – 2.5 (out of 2.5) –Tickets were $25 per person (plus Eventbrite fees).  We got a $5 discount with a code we found on EGR (thanks Mike).  It was underpriced for the experience and the number of people involved in the downtown core. They may need to raise the price if they continue.

Overall: We had a great time in our Night at the Speakeasy.  A few minor changes could bring it from great to excellent.  I look forward to whatever this group has planned next, though I’ll be sure to buy tickets to the right event this time!

Thanks again to Cara for putting her time and effort into this review.  We hope to see Cara writing more reviews for us in the future.  Look out for more posts on our experiences with Canadian Caper, and hopefully more reviews as well!