Real Escape Game – The Trial of the Mad Fox Society

After some meticulous planning we made our way to REG’s (or SCRAP’s) – Trial of the Mad Fox Society, their newest entry in Toronto.  We found out later this room was called “Escape the Puzzle Room”, which we’ll get more into later.  We had a super team composed of Escapers4G, the other #REDivas (Errol, Manda), […]

REG – Trapped in a room with a Zombie (BETA)

REG’s (actually Company & Co, the people who run REG – Real Escape Games) Trapped in a room with a Zombie is located in Downtown Toronto.  The room is located in the lower level of a commercial office space.  We have done another version of the room before when it was owned by Room Escape Adventures but we […] 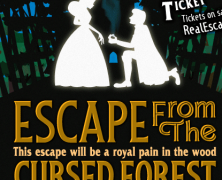 Escape From the Cursed Forest is the second large format game we’ve played in Toronto.  The game is hosted by the great team at Real Escape Games with their trademark style of puzzles.  The concept with the large format games is that you are gathered in a large area with different groups (10+ teams of 6 people) and […] 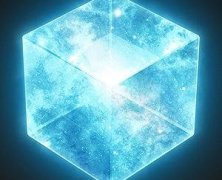 Escaping September – Events and beyond

Thank you everyone who came out to Canadian Caper, we hope you all had a great time. It was great to see some old friends and meet new ones as we cap off our year of fun-fun things. We want to thank all the Actors, Volunteers, Organizers and Escapers who made the night a great success. We have […] 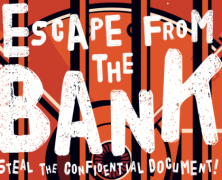 Escape From the Bank is the first large format game we’ve played in Toronto.  The games is hosted by the great team at Real Escape Games with their trademark style of puzzles.  The concept with the large format games is that you are gathered in a large area with different groups (10+ teams of 6 people) […]

So if you guys don’t already know Puzzled Pint is happening tomorrow at a ‘secret location’.  To find out that location you have to solve the puzzle on the site.  A good time with beer, food and more importantly puzzles.  Heck you might even catch us there!

We finally made it to REG’s Escape From the Mysterious Room (or EFMR to keep it short).  It’s located near Bathurst and Dundas in the basement level of an office complex.  There’s not much to the lobby other than folding chairs and a coat rack, but the RED, BLUE and YELLOW from the poster is evident throughout the […]

Real Escape Game – Escape From the Time Travel Lab is the second SCRAP game that Company & Company has brought to Toronto.  We were invited by CBC radio producer Tomas Urbina from CBC Radio’s Spark  as part of a field report on the Escape Room craze.  We were recorded as we made our way through the […]

So this long weekend has had a few interesting and fun twists, here’s what happened.

Escaping February – Did you know?

So we’ve been getting some great feedback with some of our readers on their time at LockQuest.  One thing Gamemaster Ryan mentioned that return players will be able to participate in “Overkeyer mode”.  Ryan explained that it would allow return players (with a large group) to come back and stay in the LockQuest command center to watch and […]